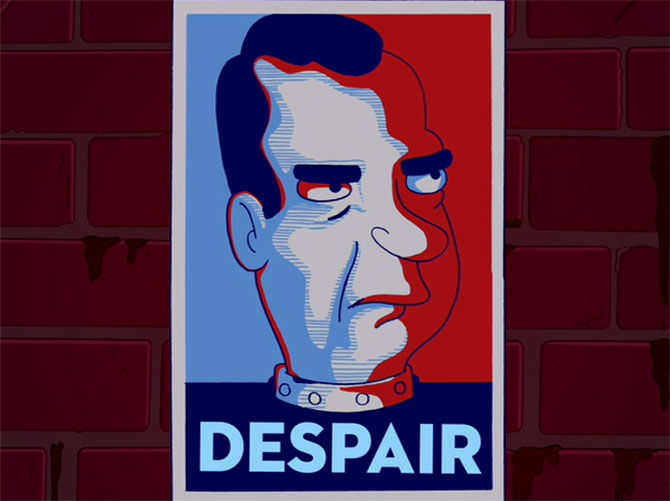 “I was a child when Nixon was debating Kennedy on television, and we went to watch it. And on one side, here’s this GQ model with that buttered-toast, perfect game-show hair, you know, and then there’s this sweaty mess with jowls and a 5:00 shadow that came in at 2:00 and sweating.

You know, and so I said to my mom: Mom, it looks like he’s going to turn into a werewolf, you know, because it was like Larry Talbot turning into the werewolf, you know. You know, that’s what it seemed like to me. So that’s why I gave him that sort of thing. Everybody said why do you -why does he say a-roo? Why? Why? And I said, well, it’s just a thing of my own that I threw in there. “